Olivia is an English actress, who likes to make things happen. She can usually be found with her fingers in a lot of pies, attacking them with boundless energy and a sense of humour. ​
Named ‘Critic’s Choice’ when graduating from East 15 Acting School, she has gone on to win multiple awards in a varied career across all areas of the industry. She has worked in commercials, theatre, improvisation, radio, and film, with a particular flair for comedy. Recently, she played the elegant yet sardonic Miss Casewell in The Mousetrap (Vienna’s English Theatre) and she has two feature films, Visitor and Sorority, coming out later this year.

The Springhead Film Company is a London based production company specialising in narrative film projects and creative video content. Olivia runs the company with James Webber, supported by Poppaea Bicknell.
Driftwood, the company's first short film, co-produced by Olivia, won the Coup de Coeur in Cannes and was long-listed for a BAFTA in 2014. They are passionate about creating exceptionally high-quality, inspiring content and working with the best talent in the UK independent film industry.

Their debut feature film, SORORITY, is currently in post production. 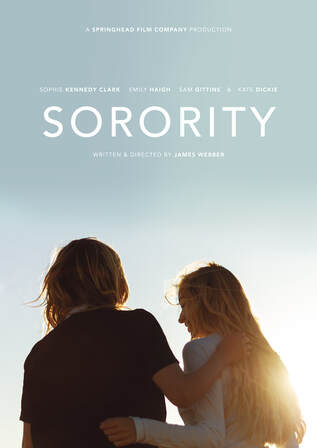 Olivia is part of the founding team of OXISFF. As well as being on the judging panel, she also lends her presenting skills to host their awards ceremony. The Oxford International Short Film Festival (OXISFF) celebrates the diversity and creativity of short films. They champion local Oxfordshire filmmakers and celebrate the best in international screen talent.

Accepting both fictional and documentary films, this boutique festival provides a high-calibre platform for new and established talent to come together and showcase their work. Set in Oxford's historic surrounding, intimate Q&As with prolific industry professionals punctuate a packed weekend of varied and inspiring short films.

The festival is proving itself a jewell in Oxford's cultural calendar, proudly becoming an integral part of its artistic community. Aside from a star-studded  main event and awards evening on the Saturday, OXISFF hold a family friendly Sunday that includes workshops for young, aspiring filmmakers and relaxed, accessible screenings.
Oxford International Short Film Festival Website

For coaching and workshops, contact Creative Utopia Ltd.
Founded by Olivia, they provide bespoke services on how to utilise creative skills in your career and business. ​
With her passion for education and for the huge benefits of creative skills for both young people and corporate industries, Olivia founded Creative Utopia in 2016. Working with TEDx speakers, businesses, charities and young people, Creative Utopia focuses on building confidence, creativity and charisma.
Presentation Skills
Voiceover technique
TED Speakers
Podcast Hosting
Team-Building